Three rounds before the end of Cappelle la Grande 2008 things on top of the table are becoming more clear. A clear 1/2 point ahead is GM Konstantin Chernyshov with 5,5/6. He won his round 6 game against GM Murtas Kazhgaleyev and with only one draw from six games is top of the table. He is followed by 5 players with 5,0/6 – the top seeded GM Gashimov, as well as GM Kryvoruchko, GM Arutinian, GM Timoshenko, and IM Deviatkin. There are 30 players with 4,5/6, among which Tigran Petrosian, Boris Gulko, Nikita Vitiugov, Vasilios Kotronias, etc.

Tomorrow at board 1 the leader GM Chernyshov will face the top seeded GM Gashimov. Games start at 14:00 CET and can be foolowed live on the official site 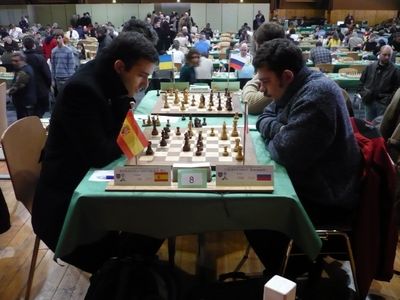